Select your local radio station from the list below

About Nonnys Knits and Other Bits

Hi, I’m Sue and I am the owner of Nonnys knits. I learned how to crochet many moons ago when I was expecting my first child, but with a busy life and a large family, (I now have five grown up children) I didn’t really find the time to put my skills into practice. It was only when my third granddaughter was expected, (26 years later!) that I picked up my hook again. This time round, I caught the crochet bug! At this time I had been unemployed for a while after being made redundant and not really having a strong work history, (I was a stay at home Mum until my youngest was in secondary school) I was finding it hard to find suitable employment. As a result, I spent more and more time making things and discovered that I wasn’t that bad at it. I began selling my items on ebay, but found that it didn’t really suit my product and it was difficult to advertise custom orders. By this time, I decided to take the bull by the horns and start selling as a business. I went through so many names for my new venture, but it was my middle son who suggested Nonnys (My grandchildren’s name for me) and knits, (because Nonnys crochet just didn’t really have the same ring to it) And so Nonnys Knits became a reality. 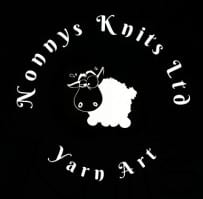 Shop now with Nonnys Knits and Other Bits (View all products) 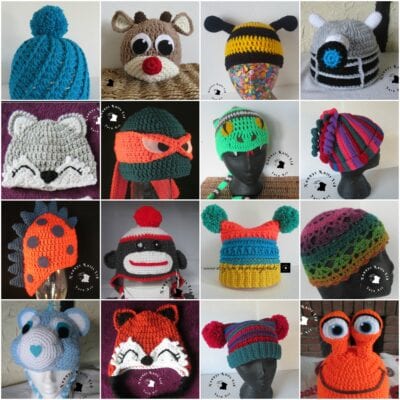 All of Nonnys Knits hats are made in acrylic yarn unless otherwise stated and are machine washable. Choose your own design, colour and size (available from birth to adult in most designs) So easy to order; Pick your design, go to the listing, select size and colour (where applicable) from the drop down menu. If you have something else in mind, please feel free to message me, I aim to answer all queries within 24 hours. Why not have a nosy round my shop while you are there? You never know what you might find!
FIND OUT MORE 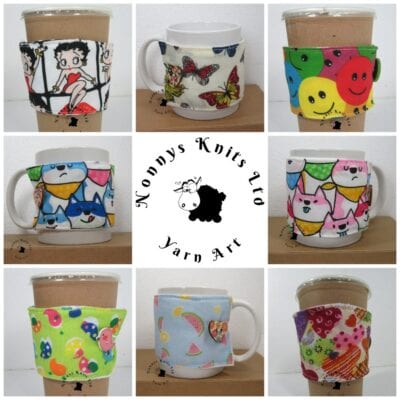 Choose from a large selection of fabrics for your own cup cosy! These are made in cotton/polycotton with a layer of thermal insulation and a brushed cotton lining to help keep your drink hotter for longer. These are also great for cold drinks in the summer. These are available in two styles, Mug and Takeaway, just pick your selection from the drop down menu. Why not have a nosy round my shop while you are there? You never know what you might find!
FIND OUT MORE 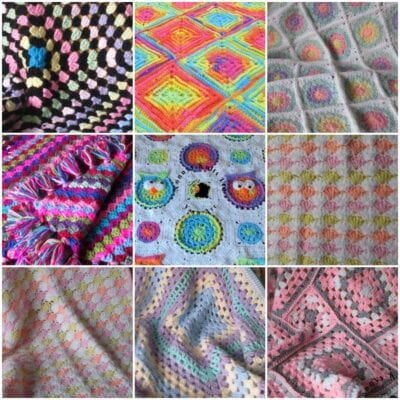 Many different designs of baby blankets are available to be made to order in colours of your choice. We also currently have a small selection of blankets in stock and ready to be posted. Why not have a nosy round my shop while you are there? You never know what you might find!
FIND OUT MORE 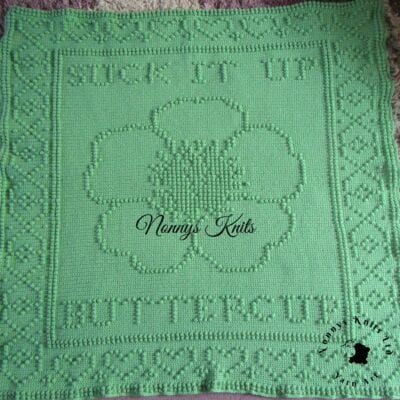 Designed exclusively for Nonnys Knits by Sue.L.West, (me, haha) are 8 (so far) crochet blanket patterns that are NOT for your aged aunt! 😮 The pattern shown is perhaps the least offensive, so please only follow the link if you are NOT easily offended! The patterns in this section are instant download PDF's and after your purchase, will be available to be downloaded directly from our shop.
FIND OUT MORE

See what else they have on offer over at